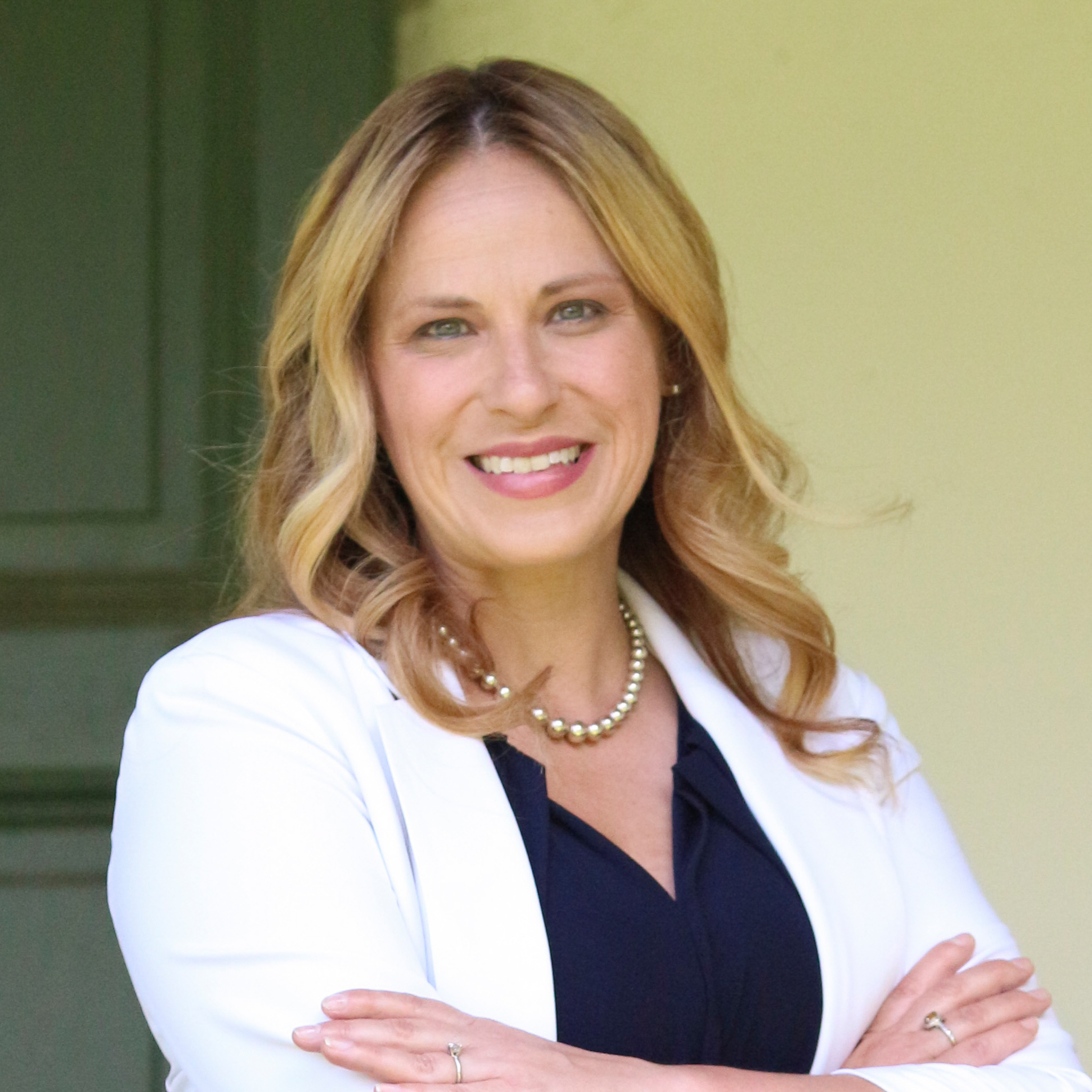 Laurie will fight to get Bensalem their fair share of state funding to help lower local property taxes, while still making sure students’ needs are being met. Laurie will fight to fully fund mental health programs in our schools and community, and fight for social services that help address the root causes of crime and addiction. 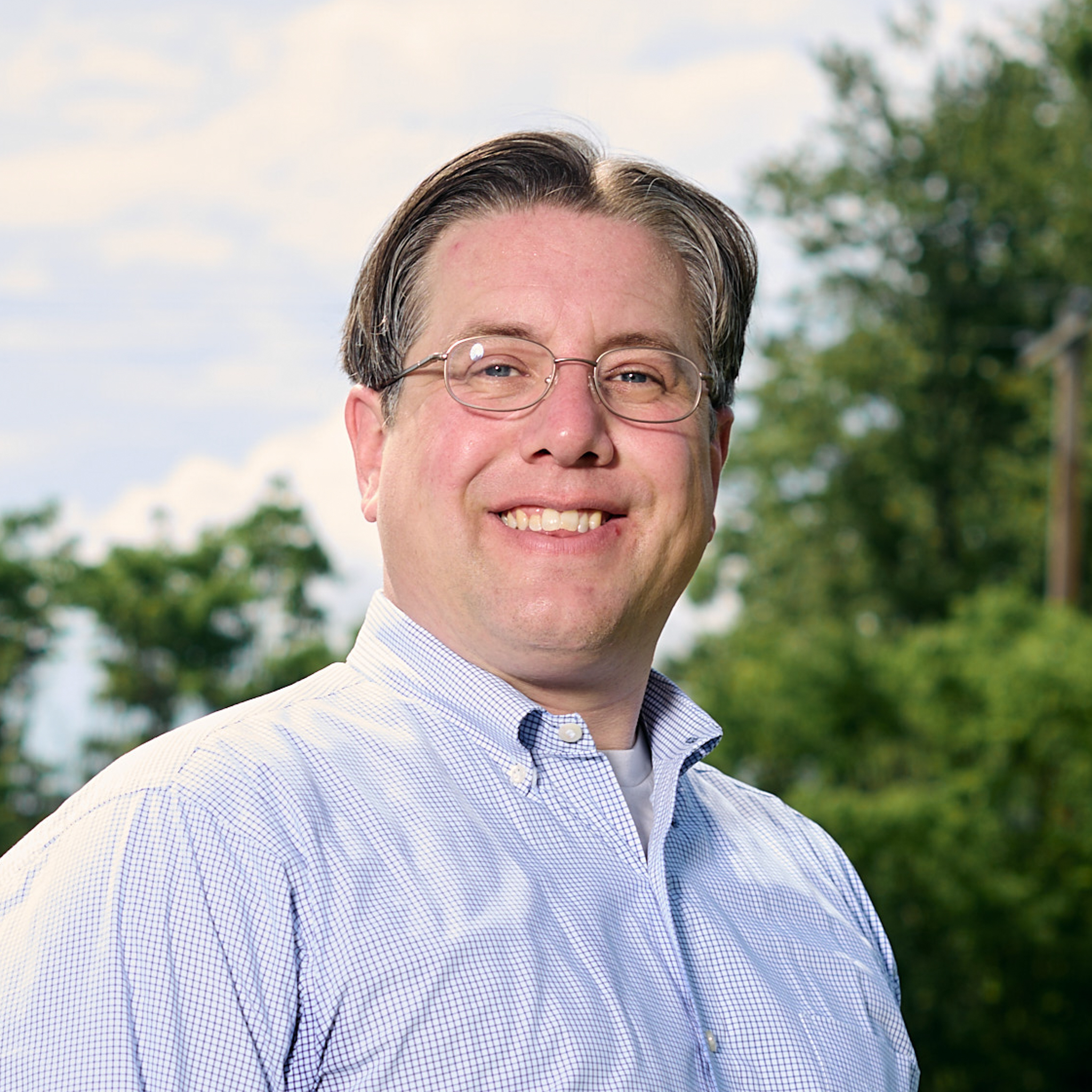 Tim Brennan grew up waiting tables in his parent’s mom-and-pop restaurant, is a first-generation college graduate, is a dad to a wonderful thirteen-year-old, and has been committed to his wife, Tricia, a social worker, for twenty-five years. Tim is a councilperson, an attorney for injured workers and a municipal solicitor.  As a solicitor, he fought Donald Trump in court, protecting our democratic principles. Tim served as a community college professor, instructed lawyers on animal law and government transparency, provided pro bono legal assistance for struggling homeowners, victims of discrimination and first responders, and has been an advocate for redistricting reform. 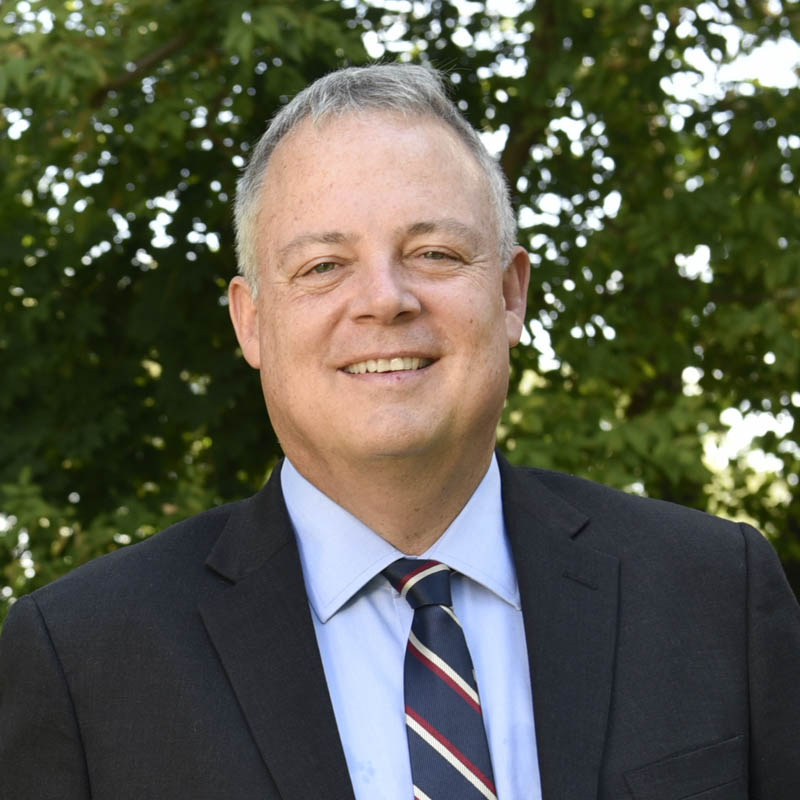 Perry was first elected to Newtown Borough Council in 2009 and was re-elected in 2013. During his seven years on the Council, he was recognized as a “bridge builder,” committed to bringing members of both political parties together to forge workable solutions to serve the community. Perry was elected to the General Assembly in 2016. As state representative, Perry is an advocate for our community and our values, supporting increased education funding, preservation of our environment, and the economy. He introduced and passed bills ending child marriage, streamlining municipal liquor referenda, and allowing takeout cocktails during Covid. Perry also introduced universal background check, safe storage, lost and stolen, and no fly/no buy gun safety legislation. He introduced flood insurance cost reduction and “Made In PA” legislation. He works to contain healthcare costs, ensure pre-existing condition coverage, and reproductive health choice. Perry provides outstanding constituent services and communications, supports local events, and is present throughout our communities, meeting and listening to residents. 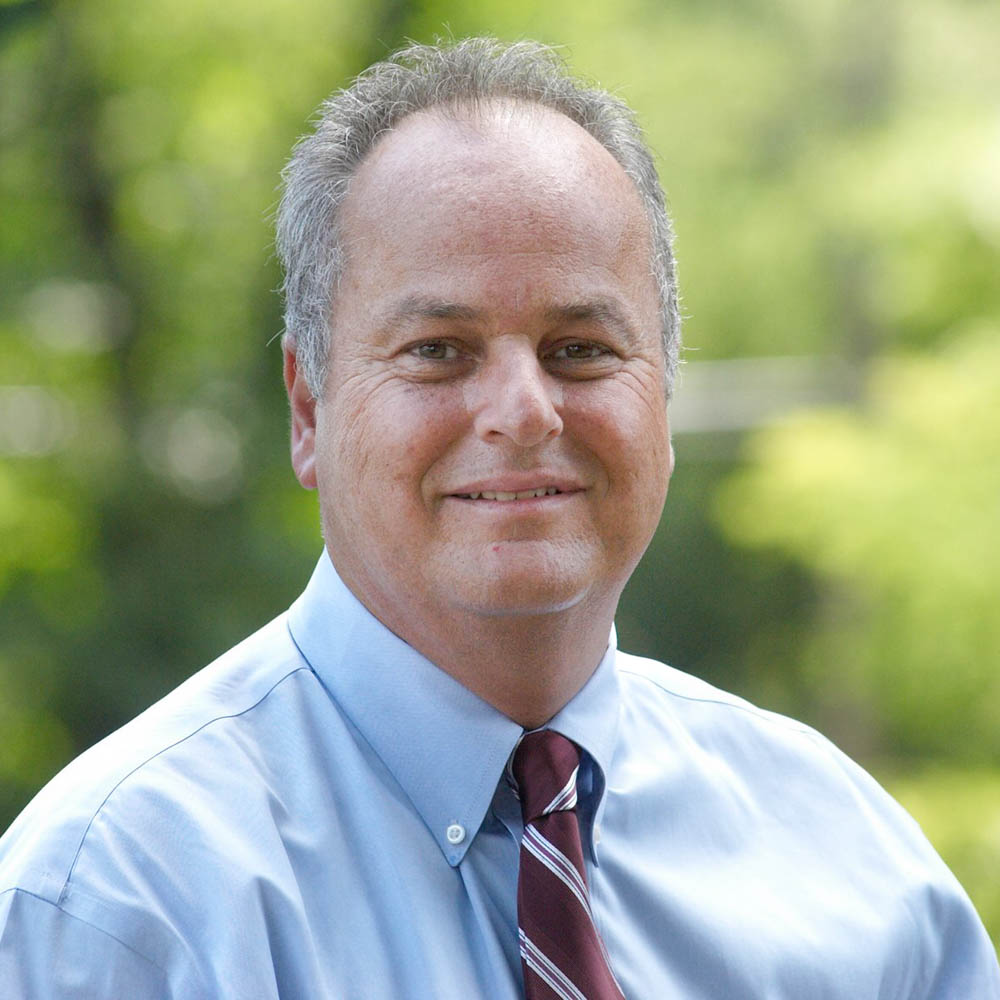 John Galloway was born in 1960 and grew up in Levittown as one of 10 children. He graduated from Pennsbury High School in 1977 and attended the Project Management Institute where he graduated in 2001. He was first elected to serve in the Pennsylvania House of Representatives in 2006, and is the first Levittown native to serve in the Pennsylvania General Assembly in the history of the Commonwealth. 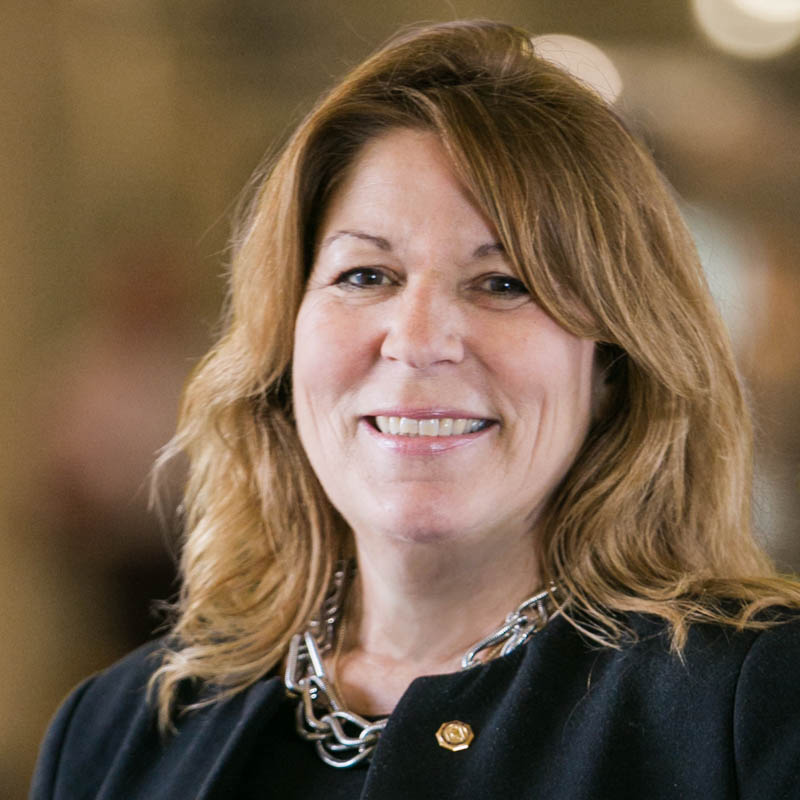 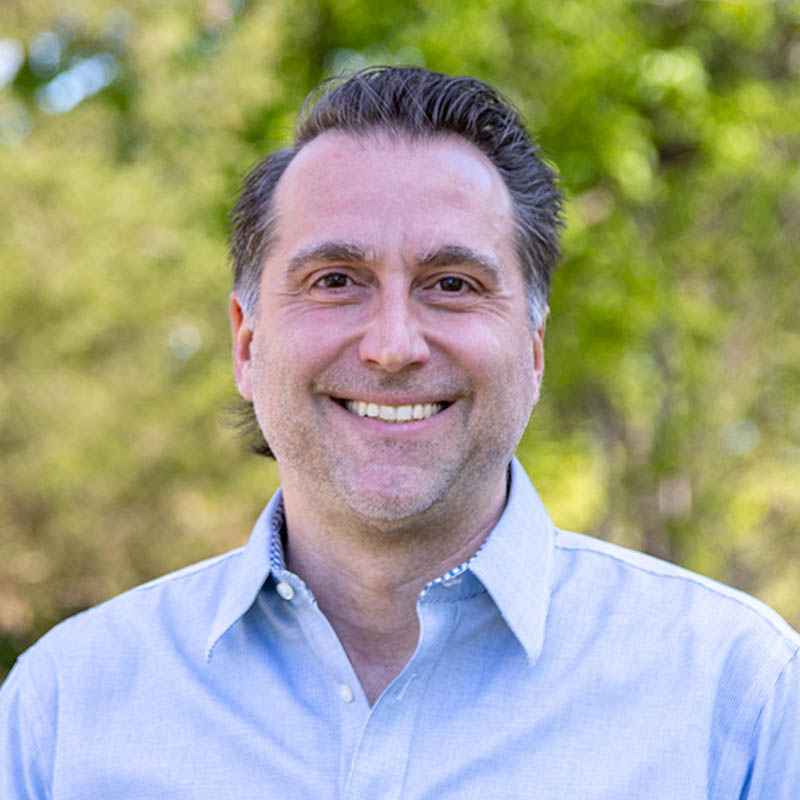 Mark was an award-winning newspaper reporter/editor, and has been a successful manager/publisher for the same small business for the past 17 years. A tireless worker, he’s also a real estate agent in New Jersey and Pennsylvania. He’s served under Republican and Democratic administrations, working on a wide variety of issues, ranging from farmland preservation to hearing zoning appeals, to commercial revitalization. He was a founding member of a new chapter of the Lions Club, helping those in need here in Bucks County. Mark was elected to Penndel’s Borough Council, where he served as vice president and led efforts to cut property taxes two years in a row. Now he’s ready to put his 15 years of experience as a local leader to work for the residents of Middletown, Lower Southampton, Northampton, Langhorne, Langhorne Manor and Penndel. 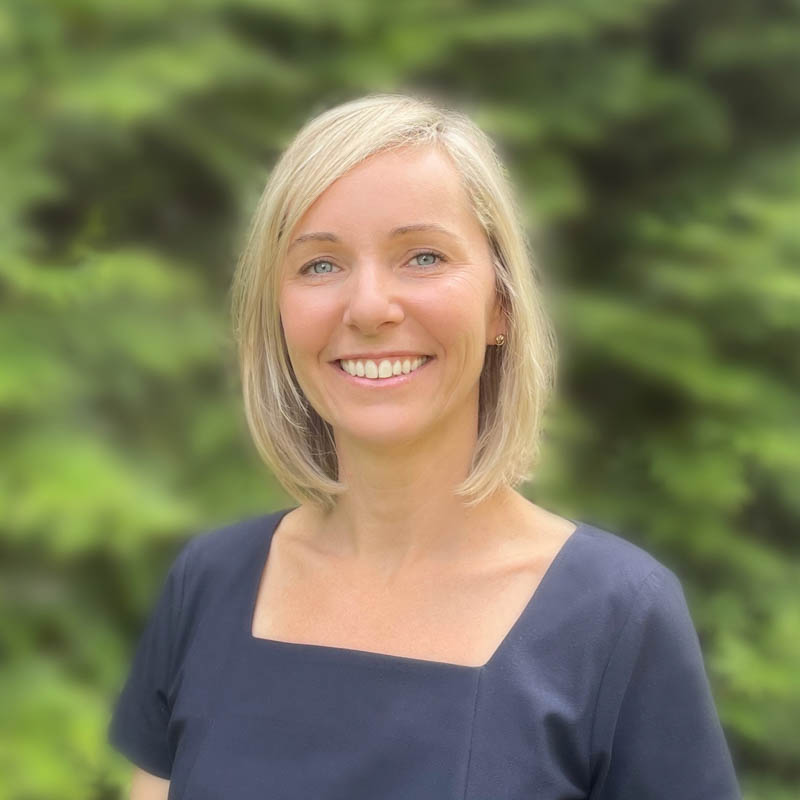 Gwen Stoltz is an active, long-time member of her community who will bring her energy, experience, and knowledge to deliver results for the residents of the 143rd district. Gwen grew up in Bucks County, went through the public schools here, and is now proudly raising her three children here with her husband Frank. Professionally, Gwen is a research biochemist and scientific writer, and she also served as a credentialed Emergency Planning and Community Right-to-know Act (EPCRA) Inspector for the US Environmental Protection Agency (EPA) to help keep first responders, workers, and the community-at-large safe. 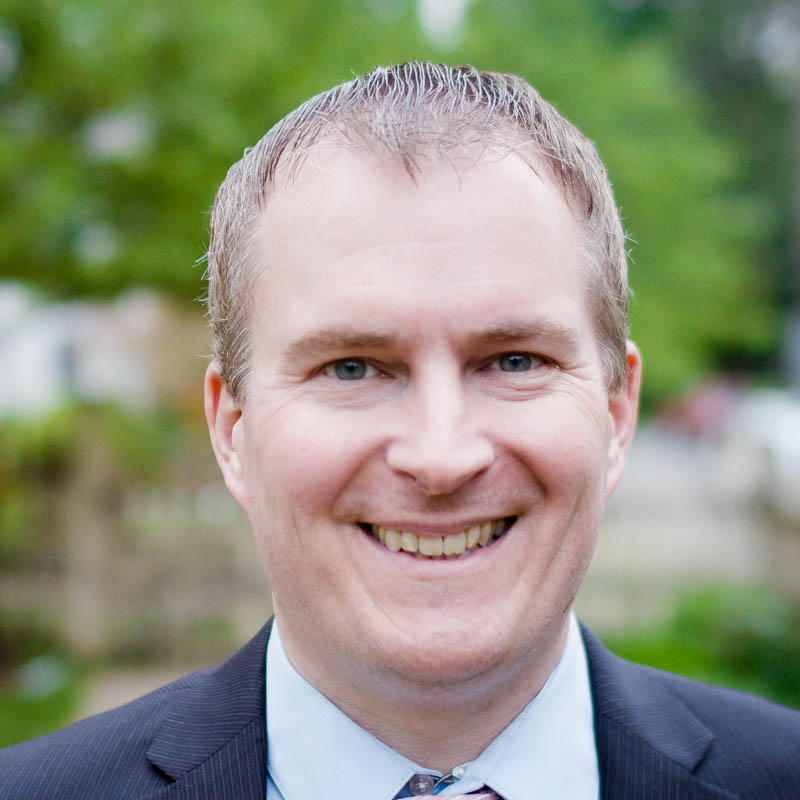 PA House District 144: New Britain Township S, Warminster, Warrington, Ivyland
Brian Munroe has spent his adult life serving our community, and continued this commitment when he was sworn in as Clerk of Courts on January 6, 2020. Brian, his wife, their two daughters and puppy Penny, live in Warminster.

Brian has served as a volunteer firefighter, in the U.S. Navy, and as a police officer in Radnor Township. Later, Brian decided to further serve his community by running for a seat on the Warminster Township Board of Supervisors. In that role, he focused on open space, green development, and aligning the structure, staffing, and training of the police department with the safety needs of the community. Brian is running for State Representative in House District 144. He has a history of putting people and community ahead of politics and will continue to do so in Harrisburg. 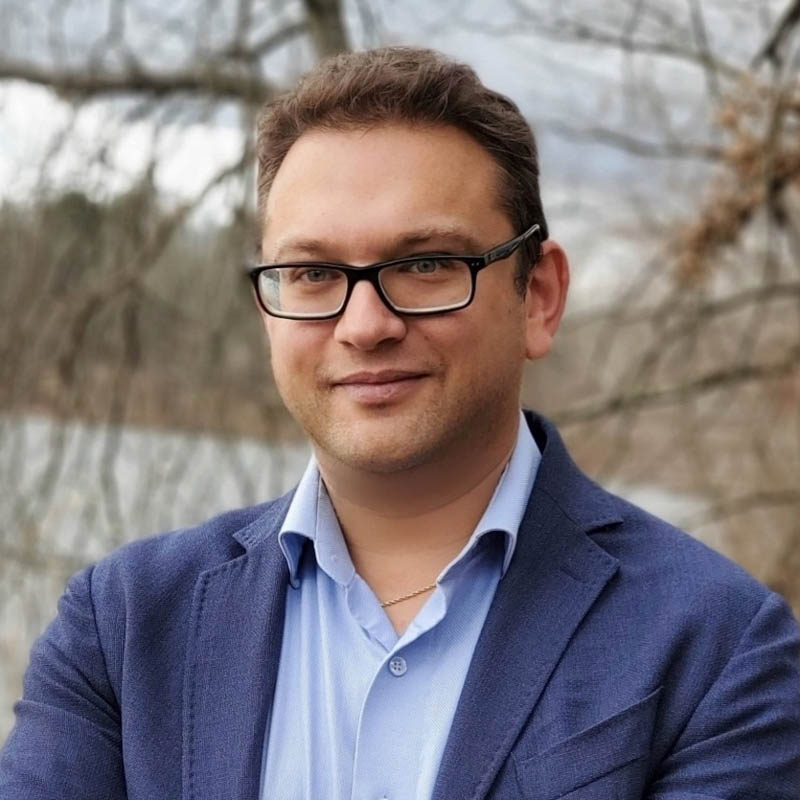 Ilya Breyman is an education technology entrepreneur, who is passionate about investing in people. Prior to starting his own business, he worked globally as an HR consultant. His focus was on international best practices in good governance, as well as accountability and transparency in the public and private sectors. As a first-generation immigrant he believes in protecting democratic institutions and creating opportunities for everyone in America to pursue their American dream. 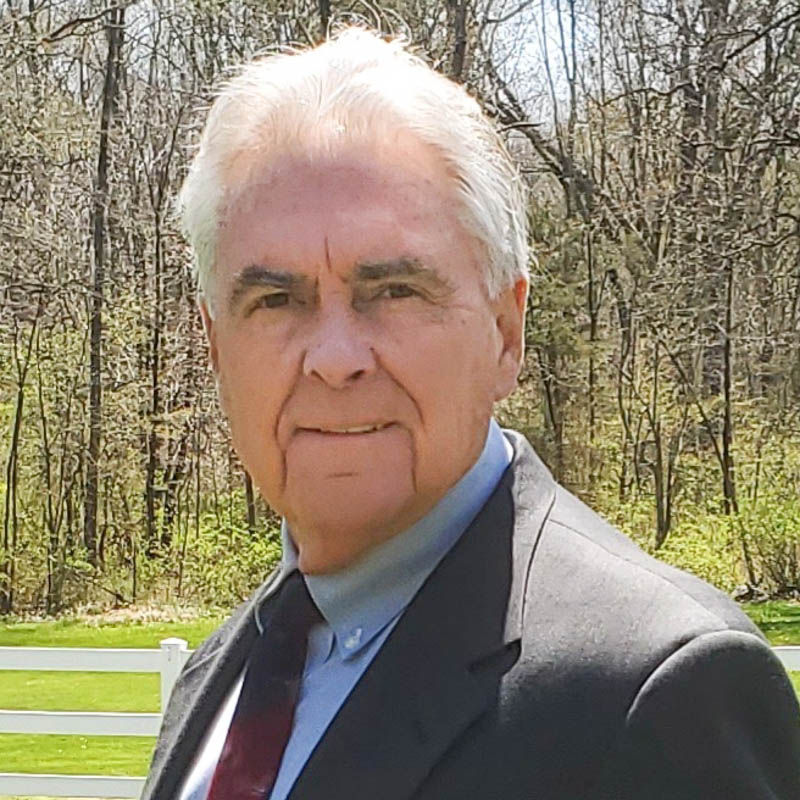 Jim Miller is a longtime resident of the community, is a veteran of the U.S. Air Force, and a businessman. As West Rockhill Township Supervisor, Jim reduced expenses to protect tax dollars, increased funding for roads & infrastructure, improved municipal building energy efficiency & handicap accessibility, in addition to converting West Rockhill to 100% solar renewable energy. Jim is active in his community, serving as Chairman of the Pennridge Regional Police Commission, Vice President of the Bucks County Association of Township Officials, current board member of the Bucks County Planning Commission and the Bucks County Commissioner’s Subcommittee for Environment, Energy, and Sustainability. 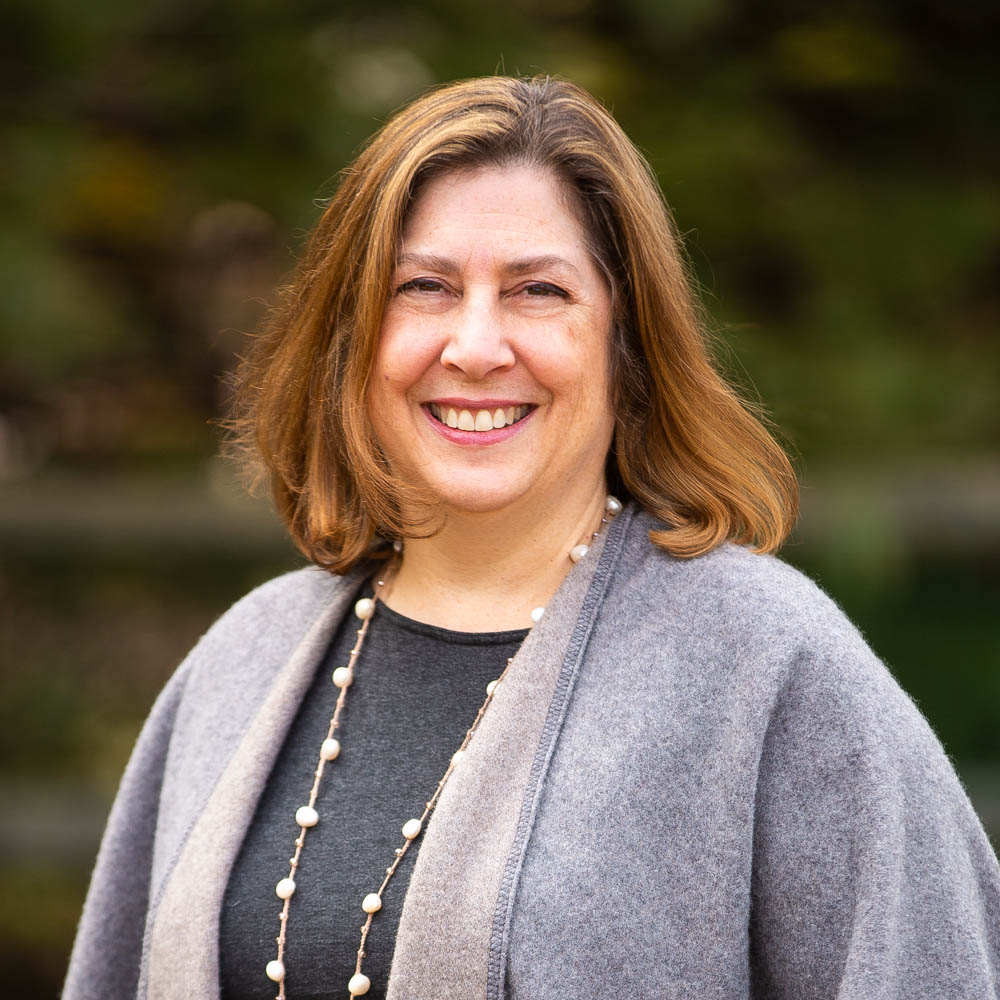 Ann Marie is running for State Senate in the 6th. Ann Marie was raised in a working-class community by a father, a public school teacher, who survived post-WWII Ukraine, and a mother from a strong union household. A senior Girl Scout and candy striper, Ann Marie held steady employment from the age of 14. A graduate of Wharton and the University of Pennsylvania Law School, Ann Marie’s 25+ years of business and legal experience have made her a consensus-driven negotiator able to get people to work together and get things done. Ann Marie will bring these skills to Harrisburg to help get legislators on both sides of the aisle focused on progress, not partisanship. 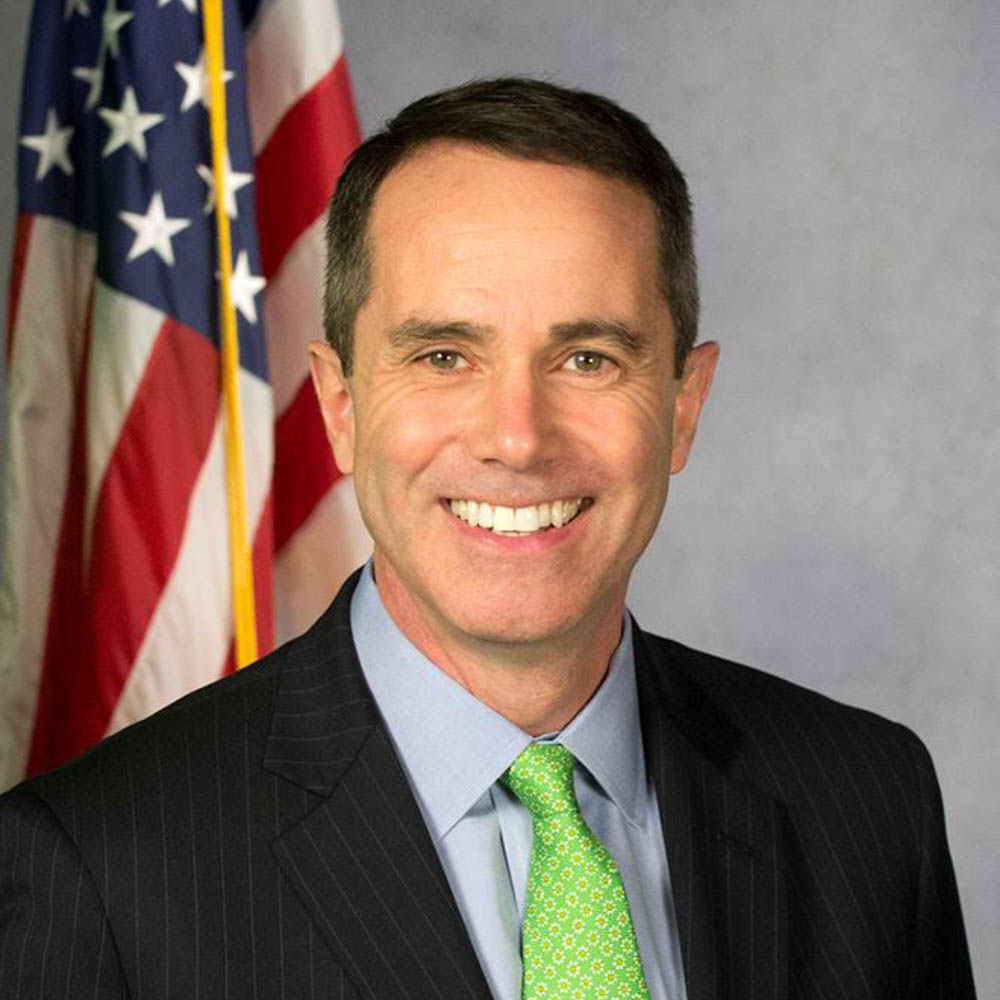 Senator Steve Santarsiero has been a public servant and champion of Democratic values in Bucks County for almost twenty years. A township supervisor in Lower Makefield from 2003-2008, Steve was then elected state Representative in HD-31 where he served from 2008-2017. In 2017, Attorney General Josh Shapiro appointed Steve the first Chief Deputy Attorney General for Environmental Protection in Pennsylvania. In that role, Steve oversaw the prosecution of environmental crimes and led Pennsylvania’s efforts to fight the Trump Administration over proposed rollbacks of important environmental protections. Steve was sworn into office as state Senator in January, 2019. 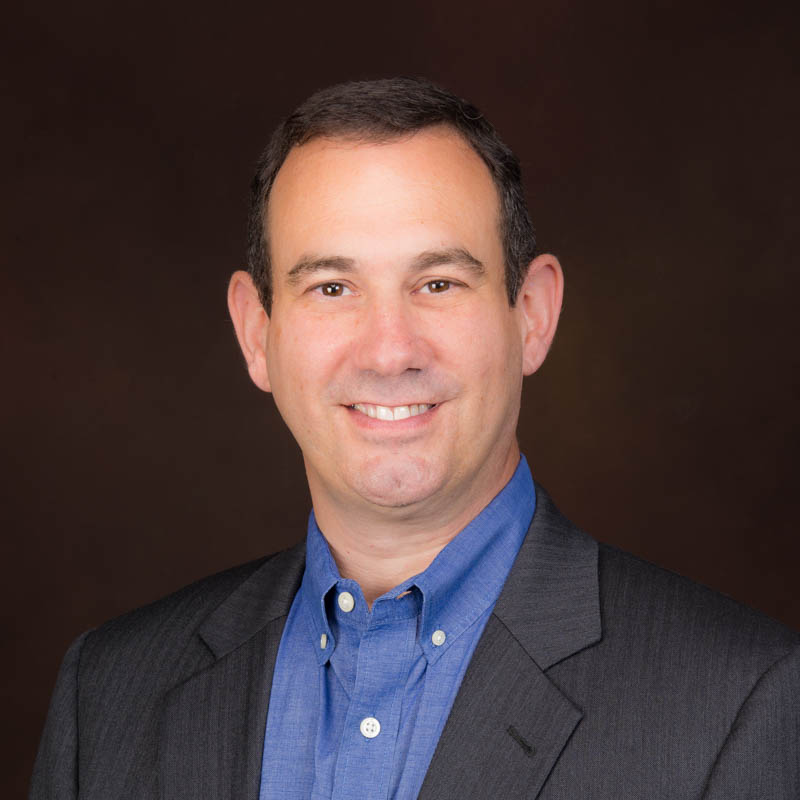 Mark Pinsley, MBA, has always worked to serve his community. He’s a veteran of the Army Reserves, a former board member of the charity Jewish Family Service, a businessman of over 20 years, and a family man. Now, he continues his service as Lehigh County Controller, where he works to save millions for taxpayers and uncover inquiries in the system. 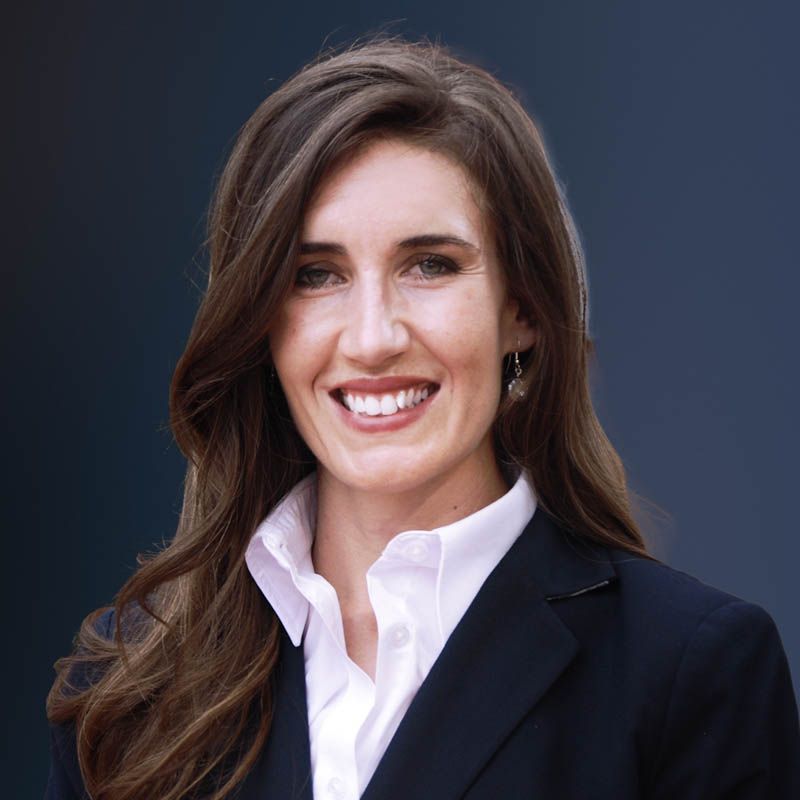 Ashley Ehasz is a combat veteran and former Apache helicopter pilot, running for Congress against Brian Fitzpatrick. Growing up here in Southeastern Pennsylvania with a single mother, Ashley joined the U.S. Army at 17 upon graduation from Pen Argyl High School, and was accepted to the United States Military Academy. After graduating from West Point, Ashley entered flight school, graduating as the only woman in her AH-64D Apache Longbow class. During her service, Ashley was a commander, in charge of several hundred soldiers, both overseas and here at home. After nearly 13 years of military service, Ashley left the Army to pursue her graduate degree (the first in her family to earn a master’s degree) at the University of Oxford. She then came home to work at the county level, implementing CARES Act projects during the COVID-19 pandemic and improving access to constituent services here in Pennsylvania and other states.

Josh Shapiro and Austin Davis are effective, reasonable leaders with proven track records of success in government. Josh is facing an extremist Republican opponent in Doug Mastriano who even Republican Party leaders believe is too radical and have referred to as "a catastrophe." Mastriano is a 2020 election-denier who breached police barricades at the January 6 Insurrection, has promised to discard the votes of Pennsylvanians in future elections, and believes there should be no exceptions to abortion law including in the case of rape, incest, or if the mother's life is at stake. 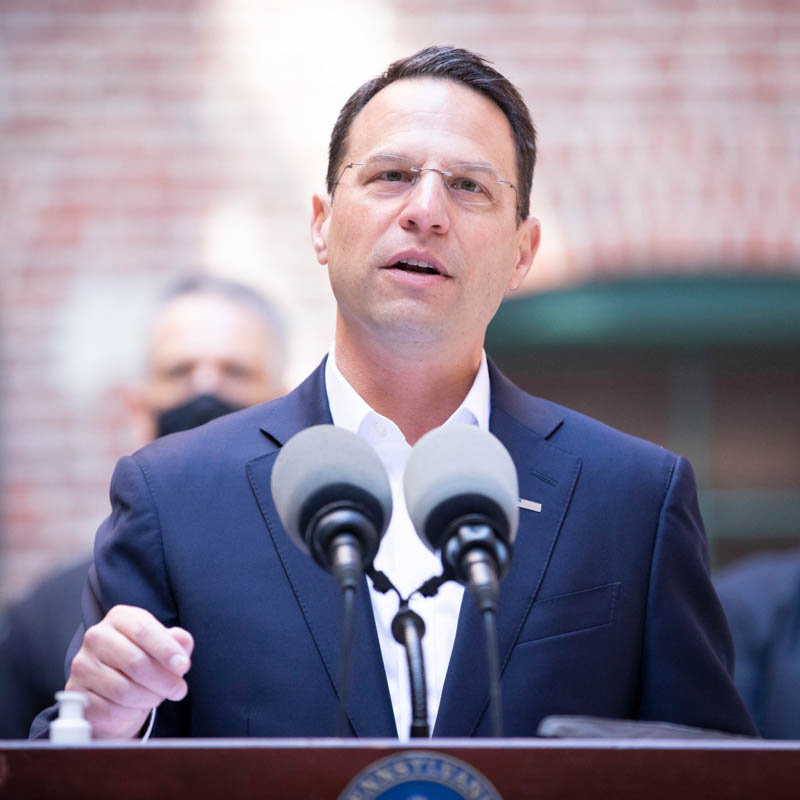 Josh Shapiro is a rare public servant who has risen above politics time and again to take on the status quo and protect everyday Pennsylvanians. Josh was sworn into office in January, 2017. As Attorney General, Josh has restored integrity to the office and is standing up for the rule of law and safeguarding Pennsylvanians’ rights — no matter what they look like, who they love, or who they pray or don’t pray to.

He has taken on child sexual abuse in the Catholic Church, identifying 301 predator priests and thousands of victims and spurring investigation across the United States. He has twice secured national injunctions protecting women’s access to no-cost contraception as required by the Affordable Care Act. He is fighting our country’s opioid epidemic on every front– including leading a multi-state investigation into pharmaceutical manufacturers and distributors. Read More 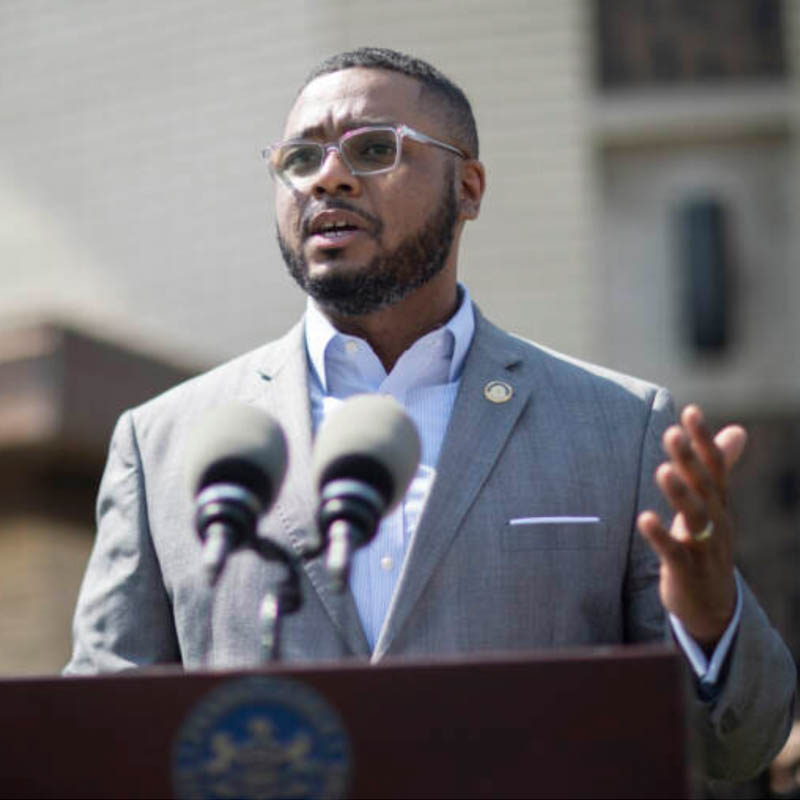 Growing up in the Mon Valley in western Pennsylvania – a longtime industrial center outside Pittsburgh – Austin Davis saw the struggles of working families firsthand. He watched his mom – a hairdresser in McKeesport for more than 40 years – juggle raising a family with putting food on the table, and he watched his dad work hard every day as an ATU bus driver.

In 2018, Austin successfully ran for the state House of Representatives to represent the Mon Valley and his hometown of McKeesport. When he was sworn in, Austin became the first African American to serve as state representative for the 35th Legislative District in Allegheny County, and he became one of only four African American lawmakers to represent a majority-white district.

Pennsylvania Lt. Governor John Fetterman is the Democratic candidate for senate. Incumbent Republican Pat Toomey is retiring so this race presents a rare and important opportunity to flip a senate seat, expand the 50-50 Democratic Senate majority (VP Harris is the tie-breaking vote), and break Republican roadblocks on long-delayed legislation that is popular with the majority of Americans. 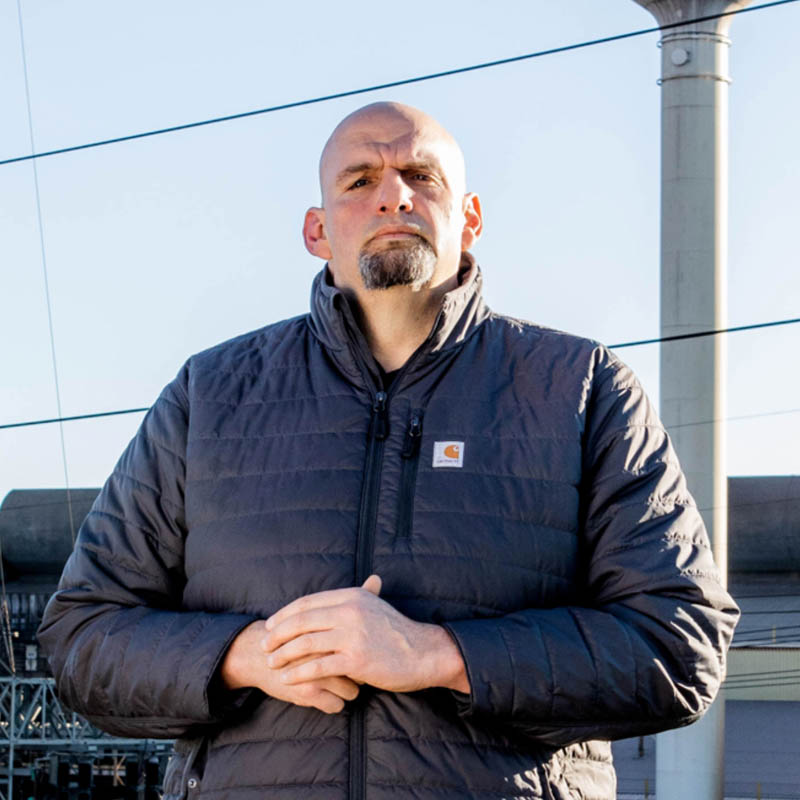 Pennsylvania born and raised, John Fetterman was born to teenage parents who were just starting out on their own. At the time, his father worked nights to put himself through college. John grew up in York, and later followed in his father’s footsteps to Albright College, where he played offensive tackle for the Lions.

John has emerged as one of Pennsylvania’s leading progressive voices for working people, running on issues like inequality, racial justice, and ending the failed war on drugs. He is honored to have been chosen by the voters of this commonwealth to serve as the 34th lieutenant governor of Pennsylvania.

To learn more about your Democratic candidates and to hear from them directly, be sure to attend the meetings of your local Democratic organization